March 15, 2013
Not too far from where I live, tragedy struck Wednesday morning. Six people were shot while out doing everyday errands at a car wash and barbershop, by a man who went on a shooting spree in Herkimer, NY.  Four were pronounced dead.  As Wednesday evening settled in, the shooter had hidden himself inside a vacant building and the FBI had him surrounded.  Early on Thursday morning, news came that the shooter (I prefer not to call him by name) had been killed, but not before something else tragic happened.  Ape, the K9 there on duty that morning, serving his people and doing exactly what he had been trained to do, was fatally shot and killed by the shooter when he was sent inside the building.  Ape had only been on active duty since the end of February and was two years old.  Of course I have questions...Was he wearing a vest?  Why couldn't gas have been thrown in instead of this precious dog?  Right now I am trying to keep the "what ifs" at bay, and just focus on how grateful I am for dogs like Ape.  RIP, Ape.  You make us proud. 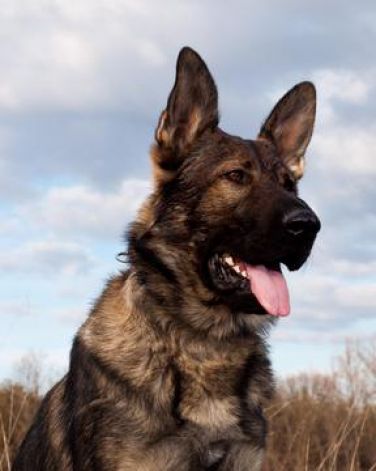 Popular posts from this blog


Mix all items together in container until it forms a thick paste. Happy Brushing!

There Was A Better Decision

March 07, 2018
Molly The Pig had an ending I'm sure she, and everyone else, wasn't expecting.  After being rescued from a hoarding situation and nursed back to health, she was adopted out to a family in Canada with the intention that they would keep her lovingly as a pet.  Well, that supposed loving family decided to not keep Molly as a pet, but to have her for dinner.  I realize pigs are raised for this.  I get it, but couldn't this family have gotten their pork needs met in a different manner other than adopting a pig that had already suffered and was prepped and entrusted to them to live out her life?  These people signed an agreement that they would keep her as a pet!  This just disturbs me.  Not that they eat pork, but the uncaring dishonesty these people have displayed.  While sure, it's not illegal, it sure seems immoral.  I do want to recognize the family has since apologized which I hope is a sign they understand their enormous error in judgement.

Murray's Mouth
I'm an overall animal lover with a special interest and passion for natural ways to keep dogs happy and healthy.